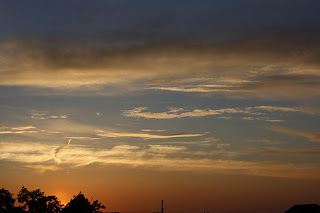 “I miss you. You have the best of all in this world. I am always there for you if you need me! I will always be smiling and cheerful the way you wanted. I am having my tears while typing this. Keep smiling and have a rocking life. Love and luck will always be with you. Always yours…”

He clicked the button to reply. Thoughts crossed his mind. Meaningless words they were he felt. She even doesn't know what I want in my life. She never knew. Or maybe, if she knew, she would have been with me not these words. When she went for what she wanted, she put up a great face of showering love. But what love, if it’s not felt? He deleted the draft message he started to type. From his pockets he took the music device and selected his favorite playlist. The music started and he put on his earphones.

He looked at the sky. It seemed very near to him. The evening looked beautiful. The city was dressed up with lights all over. There was a small breeze which ruffled his hair, as though it wanted to whisper something inside his ears. The red sun which was almost going down was shining at its best, something like the flame before it goes off. Did it too wanted to say something to him? God knows! He was not able to decipher the signs. All he knew was, on the list of innumerable acts he had weaved in the frame he had build in his mind, standing and witness the sun go down, the birds fly, the lights being lit in every building and escaping through the windows standing on this terrace so high was something on top; with her it was!

He stared blank at the sky. The clouds were passing nearby!  Flocks of birds were going back their home. He felt they were saying good-bye’s to him. Heaven seemed very near to him. Down many blocks of concrete building, people were walking and seemed like dots. Hordes of cars pacing to their own destinations made him realize everybody was busy with their own life. He took a deep breath. The music was going on. Few more moments and then freedom; a real good fly, he thought.

People were gathering. All wore a shock! He opened his eyes. People were staring at him, still in shock. I should leave before the crowd becomes more, he thought. He got up slowly and became a part of the crowd. It is when actually he saw it. The motionless body of his, lying there in a pool of blood.

He looked back. He wore a smile but a fake one. The people who were checking the body that he left over there were confused what to do. It was still bleeding and the blood streams were flowing happily as if they were freed. Someone was calling the police. Someone just picked up the mobile that was lying few meters far away in the hope they could call someone near and dear to the deceased body. The stranger read the message she sent which was open. Gloominess shadowed his face. “She does not know she never was with him when he wanted her”, the stranger said and kept the mobile near to the body; the body he left for the world. To cry for, to sympathize with, to condemn with!

He started walking, knowing not where to head. “Just keep walking”, he told himself, for once he felt free; and happy. Into a new life! Own life, where no one is to bother. Free of emotions, free of dreams and free of love. Free of notions, free of worldly guileless, free of fake love’s which all just wrapped in words not acts, free of expectations, free of life. He just started his wandering, just as a soul; without the baggage of a body. One last thought crossed his mind. At some corner she will be happy thinking he is fine and living a great life chasing his dreams. Let her be at peace, since she doesn’t know what the body did to the hurt soul. Let her live on her fancy land.

‘Groovy kind of love’ was still playing on his music device, left near to his body. Peace.

Special Notice: The author doesn't advocate suicide, its just a story. Suicide is never a solution for any problems. The story only shows a case, needless to say, not to highlight anything bad.
Scribbled By Vinz On Saturday, December 31, 2011 6 comments:

Those dimples round and deep
Your cheeks rosy; and innocent
Sparkles in your eyes 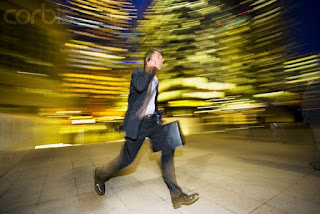 He was standing there alone. Lost in the crowd. People were running here and there. On the streets cars and motorbikes were honking and speeding away. Everyone rushing towards their destination, busy with their own activities...

A 30-some with a velvet handbag stepping into a mall, a school kid waving hands, an elderly couple, hordes of 20-some couples, a street vendor selling 'vada pavs' to his customers, a happy customer enjoying the 'paani puri', a college kid talking on phone having parked his bike to the gang way, so on and so forth...

He was also in a rush. But he sensed he is not like everyone else over there.

Yeah, most of them wore a smile.
Scribbled By Vinz On Saturday, July 09, 2011 No comments: 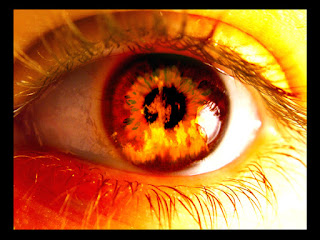 At first, it was Fire of love...
It grew in ourselves and flamed our passions and dreams!
A fire to love, care and fight for the love.

Later, it was Fire of words...
It grew in ourselves and distanced our stance!
A fire to burn, fight and hate the love.

PS: An attempt to the Sunday Scribblings Prompt
Scribbled By Vinz On Friday, March 04, 2011 4 comments: 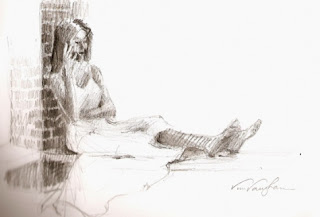 She woke up from her sleep. Her nose was blocked and throat was paining. He had already left for office. She gave him a call.

"Hello", she said, in a broken voice.

"Honey, have some medicine, food and sleep for a while too. You will be all fine", he quipped.

Sometimes, words shows it all; she thought.
Scribbled By Vinz On Monday, February 28, 2011 4 comments:

She heard him calling her name. She looked everywhere. She could see huge crowd spread over but not him. She walked ahead.

"Suzzanne", the voice was near. She turned back and saw him slowly reaching to her, with his hands wide open yearning for her hug. And someone blocked the view.

She woke up. Damn, this dream! 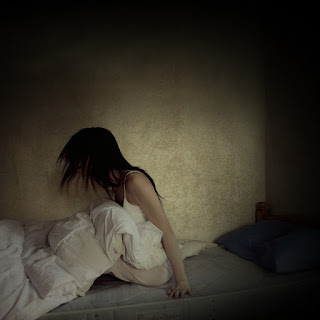 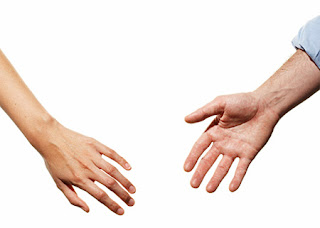 A mail popped up on her laptop.

"We have gone too far, opposite, enough not to return. We both tried, together, enough to come back. Its time, we should stop hurting each other; be in pain forever. Lets remain the distant. You are a free bird. Good luck"

"Same to you", she replied. 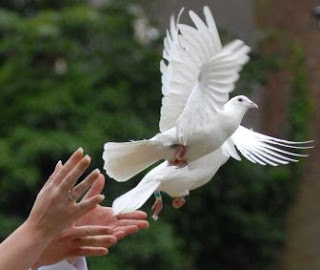 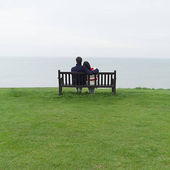 Gone are those days, sweet,
When I used to stare at your dimple smiles which;
Gradually grew into beautiful eternal laughter’s..!!
Gone are the days...!!

And now are those days, sweet,
When i miss you every moment, your laughter, your smiles,
your presence and you, My Love..!!
And yeah, now are the days..!!
Scribbled By Vinz On Friday, January 21, 2011 2 comments:

I was all alone
Sea waves touching my feet

I was all alone
serene skies with no limits
brightest clouds, scattered throughout
migrating birds, thousands of them, passing by

I was all alone
sea shells, scattered
making a pattern on the beach
giving me company

I was all alone
thoughts rushing
in one aspect, in one direction
letting heart to beat fast